UPDATE! Due to visa-related issues, the choir will not arrive in the United States as early as was originally planned. As a result, the concert was rescheduled to October 10, 2022.

HOPE: It’s Been a Long Time Coming commemorates and celebrates South Africa’s Freedom Movement and the Civil Rights Movement in the United States. The incomparable voices of this three-time Grammy Award-winning choir will once again bring joy and inspiration to the Hancher audience as they sing songs of liberation and justice that have moved generations of those invested in fairness and freedom.

View on the UI Events Calendar

Individuals with disabilities are encouraged to attend all University of Iowa–sponsored events. If you are a person with a disability who requires a reasonable accommodation in order to participate in this program, please contact Hancher Box Office in advance at hancher-box-office@uiowa.edu. 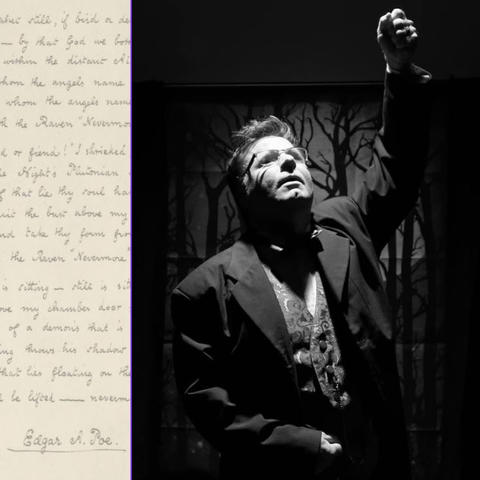 Special Collections &amp; Archives is home to the Thomas Ollive Mabbott Papers, an intriguing collection of materials compiled by Mabbott, who was editor of the Collected Works of Edgar Allan Poe.…

Two of today’s most exciting musicians come together to explore the rich culture of music, both traditional and classical, by Black American composers. 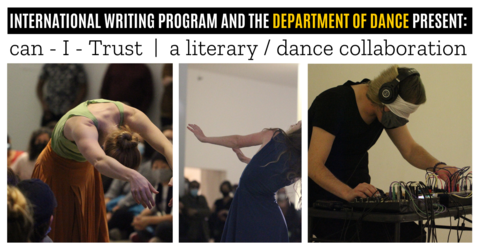 can - I - Trust : a Literary / Dance Collaboration

A collaboration between the International Writing Program and the University of Iowa Department of Dance, featuring work from the following:

All Rise, a monumental work by Wynton Marsalis, is the cornerstone of Hancher’s 50th anniversary season.

A collaboration with the University of Iowa String Quartet Residency Program

“Dido of ancient times, whether real or fictional, had no choice,” writes librettist Stephanie Fleischmann.

The bestselling Christmas artist of all time comes to Hancher Auditorium for the first time! Enjoy Mannheim Steamroller’s beloved renditions of your holiday favorites in a concert that is sure…

Cantus has a simple but powerful vision: to give voice to shared human experiences. And what beautiful voices they bring to the task.

She is known as the “Godmother of Soul” and her hitmaking career has spanned seven decades—and she’s coming to Hancher to help us ring in the holidays.

STOMP is explosive, provocative, sophisticated, and utterly unique while appealing to audiences of all ages.

Consistently counted among the world’s greatest orchestras, the Chicago Symphony Orchestra thrills audiences at home and in great concert halls around the world.

Pilobolus—that feisty arts organism—is, like Hancher, celebrating 50 years! This remarkable company (and longtime Hancher favorite) secured an iconic place in American culture in the early 1970s and is still…

Kronos Quartet, "At War With Ourselves – 400 Years of You"

A rhapsodic modern-day song cycle spun from the skin of history for string quartet, chorus, and narrator, At War With Ourselves – 400 Years of You features a…

Academy of St Martin in the Fields

One of the finest chamber orchestras in the world, the Academy of St Martin in the Fields, is renowned for fresh, brilliant interpretations of musical masterworks.

One of the world’s most beloved musicians and his longtime collaborator come to Hancher for an unmissable concert.

Undeniably one of the finest string quartets of the last four decades, the Emerson String Quartet has announced it will disband in 2023.

Over the last several years, American Ballet Theatre has delivered astonishing performances for Hancher audiences—including the whimsical Whipped Cream and an incredible outdoor show on the Fourth of July in…